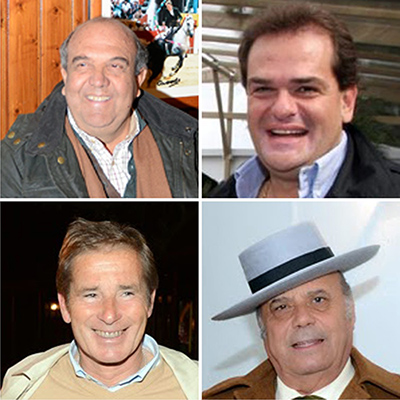 The connection between Brazil and Portugal became even more strait, thanks to a passion in common: the Pure Blood Lusitano. A little more than five years after the first colonizers arrive here, bringing cultural elements that influenced directly in our history, an exchange caused by two enthusiasts from both countries changed significantly the directions of the PSL breed.

The Europeans Manuel Veiga, Manuel Coimbra and Manuel Braga, three of the most respected Portuguese breeders, got together with the Brazilian Manuel Tavares de Almeida to build an enterprise dedicated to the development of the breed in the Americas. Accredited to success, was born, at last, the Stud Mito Lusitano.

Based on the lineage Veiga, considered a pillar between the bloodlines of the Portuguese breed, the work from the Stud contributed in a decisive way to the development of the breed, not only in national territory, but also in many other countries of the Americas. The many matrices exported broke the boundaries and opened way so other locations could worship the best riding horse of the world. The highest quality animals began to compete on Classic Dressage tracks, which is the case of the unforgettable Samba, the medalist stallion of the Pan-American and with an Olympic participation.